Guayaquil: An Ecuadorian City with a Colorful Urban Landscape 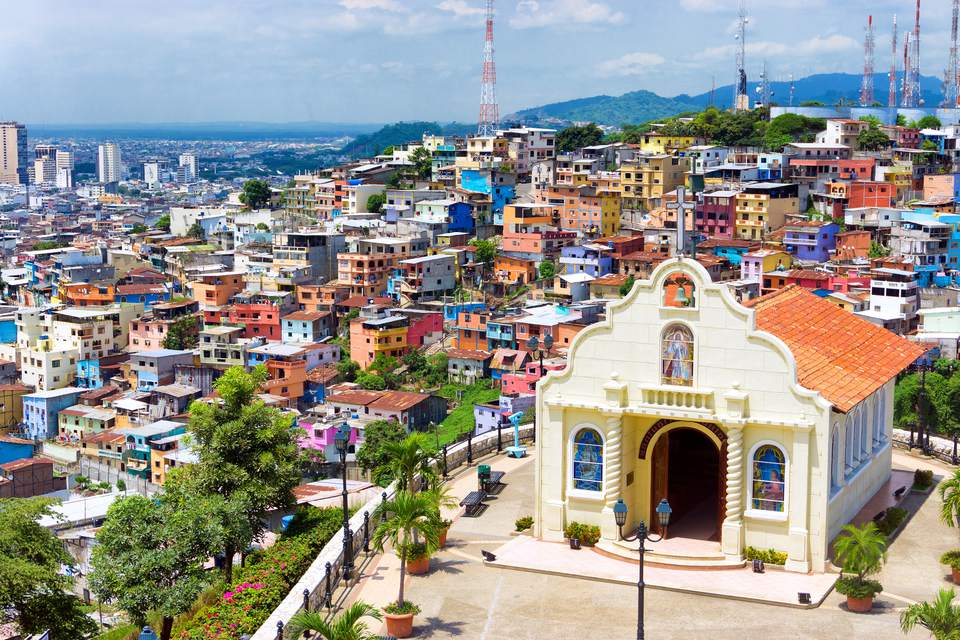 Guayaquil might be considered a commercial city, located in the midst of Ecuador, but there is a colorful cultural vibe to it as well as the hillsides around it that lend a picturesque setting to it. When I traveled here it was on my way to the Galapagos island since it has most flights to and from this place as well as to nearby cities like Quito.

I enjoyed walking about the town square by the riverfront, also known as Malecon of Rio Guayas here. The Las Penas barrio is picturesque as well which is over the rivers and offers a vantage view of the riverside. When you come to the downtown area the thoroughfare on Avenida 9 is hard to miss, it teeming with shoppers, office goers, and residents. The city has a lively cultural scene with films, theatre, and bars that have several university students and community groups attending.

I took on a guided tour of the city as well. It included stopping by Museo Antropologico y de Arte Contemporaneo, a museum by the riverfront with artifacts of archaeology and anthropology; Malecon 2000 is an urban renewal project, one of the most extensive in South America that has gardens, river views, monuments, and playgrounds. Cerro Santa Ana is another area made scenic with brightly painted cafes and homes, souvenir shops. Plaza Lagos has upscale and charming settings with several shops and restaurants. If you come here with kids you enjoy the wildlife zone at Parque Historico Guayaquil. I also enjoyed visiting the historic street called Numa Pompilio Llona as well as the century-old mansion Lo Nuestro where a wonderful restaurant serves delicious Guayaquil feasts.

Besides Lo Nuestro with its period furniture and menu with several seafood dishes, I also stopped by Pique and Paste, known for traditional Ecuadorian specialties. Maverick was another eatery at San Jorge which has black benches and white walls with menus are written on chalkboard along with funny drawings and slogans.